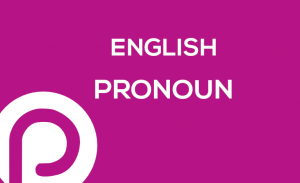 A pronoun is a word used instead of a noun. Now consider the following cases:

Since a pronoun is used instead of a Noun, it must be of the same number, gender and person as the noun for which it stands. For example: Those beggars are idle. They refuse to work for their living.

You must be wondering why different pronoun its’ and ‘their’ is used in place of the same noun ‘jury’ The reason is when a pronoun stands for a collective noun it must be in the singular number and neutral gender. (Sentence a). But when collective noun conveys the idea of separate individuals comprising the whole, the pronoun standing for it must be of the plural number. In sentence b, it is clear that members of the jury are not behaving as whole.

Pronouns in sentences found by conjunction

When two or more singular nouns are joined by ‘and’, the pronoun used for them must be plural.

For example: Rama and Hari work hard. Their teachers praise them.

But when two Singular nouns joined by ‘and’ refer to the same person or thing, the pronoun should be singular.

When two singular nouns joined by ‘and’ are preceded by ‘each’ or ‘every’, then the pronoun must be singular

For example: Every soldier and every sailor was in his place.

When two or more singular nouns are joined by ‘or’, ‘either…or’, ‘neither…nor’, the pronoun is generally singular.

When a plural and a singular noun are joined by ‘or’ or ‘nor’, the pronoun must be in the plural

For example: Either the manager or his assistants failed in their duty.

For example: Alcohol and Tobacco are both injurious: this perhaps less than that.

Which sentence is correct?

Sentence a) is correct. Pronoun has to agree with the case. Here it is the objective case. So, ‘me’ should be used instead of ‘I’.

For example: My uncle asked my brother and me to dinner.

Which sentence is correct?

Sentence a) is correct ‘Than’ is a conjunction joining clauses. And the case of the pronoun to be used may be found by writing the clauses in full. So, in sentence a.) two clauses joined by ‘than’ are ‘He loves you more’ and ‘I love you’. Being a subjective case, ‘I’ should be used.

Now, common sense tells us that if we are a couple, wife and husband, the feeling of togetherness is expressed by our home, not your home. And so does grammar Rule: 123. 1stands for first person, 2 for second person and 3 for third person. The order of precedence is: 1 before 2 and 2 before 3. In the given example, we have 2 and 1. So 1 will apply; that is, first person. The number, of course, will be plural. Let us take another example.

So, 2. Second person plural gives ‘your’. Similarly, when all the three persons are taken into account, it has to be I; that is, first person plural.

Each, either and neither are always singular and are followed by the verb in the singular

An apostrophe is never used in ‘its’, ‘yours’ and ‘theirs’.

The complement of the verb be, when it is expressed by a pronoun should be in the nominative form.

The case of a pronoun following than or as is determined by mentally supplying the verb.

A pronoun must agree with its Antecedent in person, number and gender.

1. After adjectives in the superlative degree.

3. After two antecedents, one denoting a person and the other denoting an animal or a thing.

For example : The man and his pet that met with an accident yesterday died today.

What and That refer to persons as well as things.

On combining each of the above pairs into one sentence

The above sentences show when to use who, whose and whom. Who is the subjective case, Whose the possessive case and Whom the objective case.

Who is used for persons only. It may refer to a singular or plural noun.

Whose can be used for persons as well as things without life also.

When ‘which’ is used for selection, it may refer to a person as well as things.

Who, Which, Whom, That, Whose should be placed as near to the antecedent as possible.

This sentence is wrong as which relates to ‘my’ family’. So ‘which’ should be placed as near to family’ as possible. So, the correct sentence is

Who is used In the nominative cases and whom in the objective cases.

When the subject of a verb is a relative pronoun, the verb should agree in number and person with the antecedent of the relative.

Kindly note the difference between sentence a and b.

None is used in the singular or plural as the sense may require.

When ‘one’ is used as pronoun, its possessive form ‘one’s’ should follow instead of his, her etc.

For example : One must put one’s best efforts if one wishes to succeed.

With let objective case of the pronoun is used.

For example: let you and me do it.

If a pronoun has two antecedents, it should agree with the nearer one.

In referring to anybody, everybody, anyone, each etc., the pronoun of the masculine or the feminine gender is used according to the context.

But when gender is not determined, the pronoun of the masculine gender is used as in sentence c.

The pronoun one should be used throughout, if used at all.

Plural is commonly used with none.

Anyone should be used when more than two persons or things are spoken of.

For example: She was taller than anyone of her five sisters.