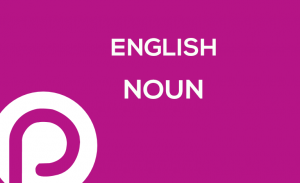 A Noun is a word used as a name of a person, place or thing. There are five kinds of Noun–

Following are certain rules of grammar regarding nouns that would be useful in a competitive exams.

Here Gandhiji does not mean Mahatma Gandhi. The word here stands for the possessor of the qualities that Gandhiji is most known for truth and non-violence. Thus Gandhiji is being used as a metaphorical common noun. Some nouns have the same form both in singular as well as in plural.

Following are rules regarding the number of the noun

Here, the singular and plural form of the noun Deer is same. Like Deer there are other nouns that have the same form in singular as well as plural form.

So, rule is that when words like hundred, dozen, thousand, pair, score are not preceded by any word denoting number then they take the plural form. Otherwise not.

Tell which sentence is correct?

1. Which sentence is correct?

Sentence a) is correct. The reason is that some nouns are always used as singular though they look like plural nouns. That’s why we should never use the ‘plural verb with these words.

2. Which sentence is correct?

Sentence a) is correct. The reason being that some noun words are always used in the plural form.

3. Which sentence is correct?

Sentence b) is correct . The reason being that some nouns are always used as plurals though they look like singular. Other nouns like this are public; people, folk, mankind, poultry, sheep, and police. Gentry, peasantry, bulk, majority.

4. Which sentence is correct?

Sentence b) is correct. The reason is that some nouns are always used as singular. Preceding adjectives or the verb form indicates the singularity or plurality. Other nouns are expenditure, furniture, information, machinery, issue, offspring, alphabet, scenery, poetry.

Meaning of some nouns in plural form is very different from the meaning of nouns in singular form. Hence, that form should be used which will convey the right meaning.

Other nouns having different meanings in the singular and plural form are:

Some noun words have two plurals with different meanings. So that plural form should be selected which will convey the right meaning.

Other nouns having two plurals with different meanings are.

Following are rules regarding gender of the noun:

Collective nouns, even when they denote living beings, are considered to be of the neuter gender.

Sentence b) is correct. Though herd consists of cows (females), herd is not a feminine noun as it a collective noun.

We are often uncertain regarding the gender of the animals. The mouse here may be a male or a female. So, English language prefers the easy way out: treat it as of the neuter gender.

When objects without life are personified they are considered of:

Convention does not see brilliance as a womanly quality, but a manly one.

The offering of a lap is usually the mother’s role. Hence, Nature here should be treated as a feminine noun. Tell which sentence is correct.

Sentence b is correct. The error being made here is that personification is being brought where it does not exist. In the above statement the earth is being treated as a body (a thing), not a person. The scientist here is not concerned with the womanly qualities of the planet. So, neuter gender should be applied.

1. Singular noun: ’s is added after the word.

2. Singular noun: Only an apostrophe is added when there are too many hissing sounds.

For example: Moses’ laws, for goodness’ sake, For justice’ sake.

3. Plural nouns ending in s like boys, cows: only’ is added after the word

4. Plural nouns not ending in s like men, children: ’s is added after the word.

5. ’S is added primarily after the living things and personified objects.

6. ’S is not used with inanimate or non-living things.

For example: leg of the table, cover of the book.

7. But nouns that denote time, distance or weight, ’s is used.

For example: a stone’s throw, in a year’s time, the earth’s surface.

8. Some other common phrases where ’s is used are to his heart’s content, at his wit’s end, for goodness’ sake, out of harm’s way.

9. When a noun consists of several words, the possessive sign is attached only to the last word.

Do not be mistaken that since it is the Queen’s reaction, the ’s should come after queen. You might think that putting it after England would make the reaction England’s and not the Queen’s. This is shortsightedness. Do not see Queen and England in isolation, Queen of England is one whole unit and the apostrophe should come at its end.

10. When two nouns are in apposition, the possessive sign is put to the latter only.

11. When two or more nouns show joint possession, the possessive sign is put to the latter only.

12. When two or more nouns show separate possession, the possessive sign is put with both.