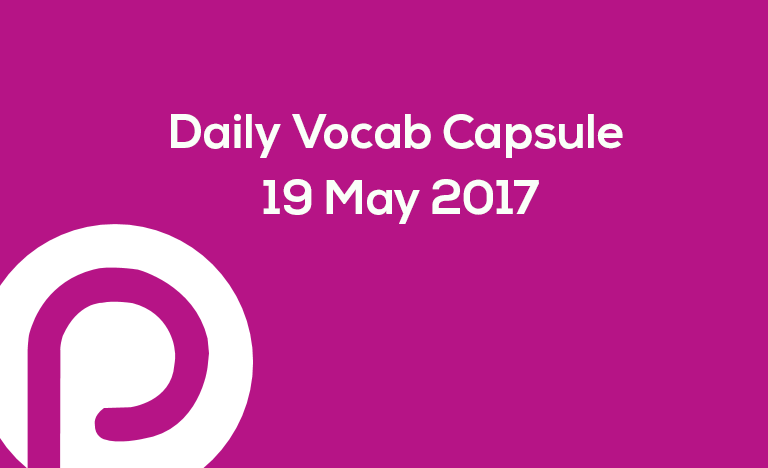 Few presidents have come into office as likely to fail as Donald Trump. This isn’t because of his various character flaws, or because he leads a divided party and nation. It’s because his central aim, to restore the age of American “greatness”—and in particular to bring back manufacturing jobs—is simply not doable. An overwhelming (अत्यधिक तीव्र/अपरिहार्य) 85% of American job losses between 2000 and 2010 were not because of China or free trade agreements, but because of various kinds of technological change. You can’t turn back time, you can’t reverse entropy and you can’t return to the heyday (समृद्धि का उत्कर्ष /बहार) of the US factory worker.

Yet Trump shows no sign of backtracking on his anti-trade rhetoric (शब्दाडंबरपूर्ण/वग्मिता). The choice of Peter Navarro, a neo-mercantilist(व्यापारी/व्यवसायी), as his top trade adviser suggests he’s going to take on China in particular. The Chinese press has reacted predictably to Trump’s various provocations (प्रेरण/उकसाव), with the Global Times, always delightfully intemperate, warning of the president-elect’s “recklessness(लापरवाही), ignorance and incompetence.” That’s of a piece with the general reaction in the People’s Republic to Trump’s election—a combination of “bring it on” and “that’s what democracy gets you, so stop lecturing us.”

But the smugness (आत्मसंतुष्टि) with which Trump’s election has been greeted in China—and India—is dangerous. The emerging world should take a long, hard look at the forces that installed Trump in power. If they don’t, they risk repeating the error of the American mainstream.

American voters chose to blame trade and immigration for the ills that automation has inflicted on them. Surely that wouldn’t work in emerging markets? Look more closely. In vast and diverse countries, such as India and China, it’s internal migration that will raise political tensions: Chinese city-dwellers have taken to the streets to protest the opening up of college admissions to migrants, and just this week the government of the southern Indian state of Karnataka proposed limiting blue-collar employment to “locals.”

Automation affects rich and poor countries alike. Most of the world’s working class is today in China— which also happens to be the country that is investing most heavily in automation, spending 50% more on robots last year than North America did. But what happens to the blue-collar workers who built the Chinese miracle?

Yes, China’s solid growth in services has prevented it from falling into crisis as manufacturing has slowed. But if there’s one lesson from Trump, it’s that growth isn’t enough: The dislocations caused by the loss of manufacturing jobs create their own political pressures. And the scale of the threat to Chinese workers is staggering (आश्चर्यजनक/चौंका देने वाला): Some 2 million jobs are imperiled in the steel sector alone.

China doesn’t have democratic presidential elections, but its leaders have to be careful about widespread dissent (मतभेद/असहमति होना) anyway. That’s why they’ve tried to ensure a steady rise in the urban wage, for example, and to clamp down on labor activism. Public anxiety in China shows up not in votes but in other, sometimes surprising, disputes. A good indication that concern over job losses is widespread is the recent panic (हलचल/भगदड़) that the one-child policy might be reinstated.

India doesn’t quite have the same problem—it has already de-industrialized, far too early. But the government of Prime Minister Narendra Modi has promised to reverse that trend, with a much-publicised “Make in India” campaign. Two years of headline-grabbing exhibitions and overhyped regulatory changes later, investment in manufacturing still hasn’t picked up. India’s manufacturing push may well have come too late, with the robots already poised to take over.

Many young men voted for Modi in the 2014 general election partly in the expectation that he would deliver jobs to them. That these voters—concentrated in some of India’s most depressed areas, the equivalent of Trump’s newly red states—remain deeply dissatisfied suggests problems in store. Despite the occasional comparison, Modi isn’t like Trump at all; he clearly wants to work the system, not blow it up. But India’s political class will have to reckon with the possibility that any real challenge to him when he fails will indeed seek to upend the system altogether. Already, mass movements have emerged in several Indian states demanding more jobs—though, as yet, they’ve no national figurehead.

The threat that anti-system anger might pose to both India and China is very real. There’s no space for smugness in how emerging countries view the Trump phenomenon—they might soon have to deal with versions of their own.

Example: The Prime minister received overwhelming response from supporters after the rhetoric speech.

Example: It was the heyday of swing dancing, which had become a world-wide phenomenon.

3. Rhetoric (noun): Designed to have a persuasive or impressive effect, but which is often regarded as lacking in sincerity or meaningful content.(शब्दाडंबरपूर्ण/वग्मिता)

Example: The general hoped his rhetoric would stir his soldiers into action.

Example:  A Mercantilist is always recognized for his efforts in lowering imports and increasing exports.

Example: I walked away from a potential fight despite my enemy’s provocation.

6. Recklessness (noun): The quality of being unconcerned to danger or the consequences. (लापरवाही)

Example: Not wanting to be known as reckless, the young couple decided to keep their engagement a secret.

7. Smugness (noun): Exhibiting or feeling great satisfaction with oneself or with one’s situation.  (आत्मसंतुष्टि)

Example: Gregory was smug after he easily eliminated his rival during the kickboxing competition.

Example: The staggering price of gasoline will probably keep drivers off the roads during the holiday weekend.

9. Dissent (verb): Hold or express opinions that are at variance with those commonly or officially held. (मतभेद/असहमति होना)

Example: The union is going to dissent with management’s offer of a small pay increase.

Example: The citizens of Tokyo fled in panic when Godzilla appeared on the horizon.