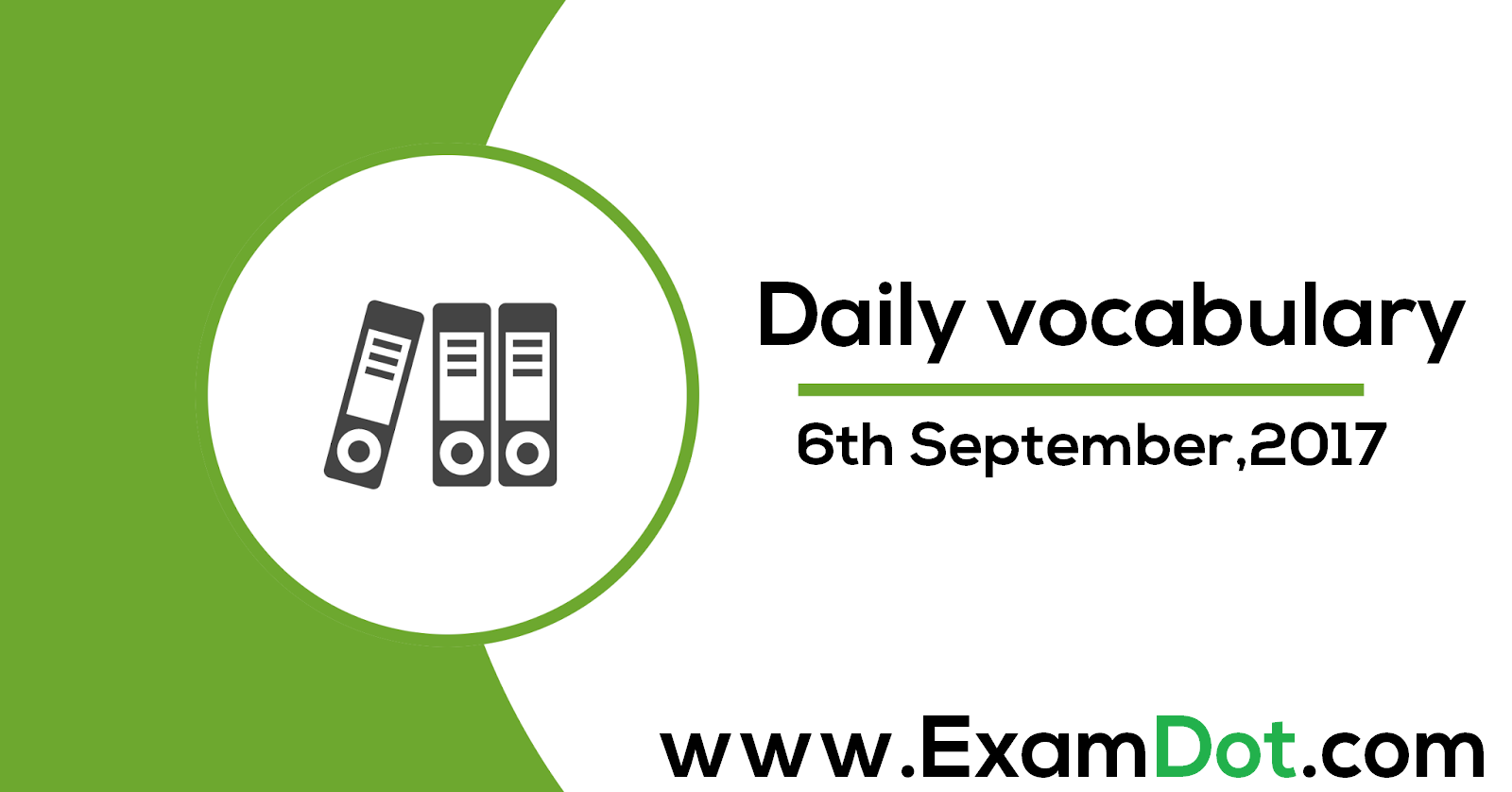 Example: There’s nothing left in the exchequer this month.

2. Bankrupt (Noun): A person judged by a court to be insolvent, whose property is taken and disposed of for the benefit of their creditors (दिवालिया)

Example: Even though the woman was bankrupt, she still shopped as if she had plenty of money.

Related Word: Bankruptcy (Noun): The state of being bankrupt

3. Prospective (Adjective): Likely to happen at a future date (भावी)

Example: Prospective measures must be taken to make sure that future investments do not fail like the current ones.

Related word: Prospect (Noun): The possibility or likelihood of some future event occurring

4. Overhaul (Verb): Take apart a piece of machinery in order to examine it and repair it if necessary.(जीर्णोद्धार करना)

Example: Clean and repair the forcing-houses, and overhaul the heating apparatus to see it is in good working condition.

5. Consistently (Adverb): In every case or on every occasion; invariably (अनुरूपता से)

Example: You have been consistently late for the office for a week.

Related Word: Consistent (Adjective): Acting or done in the same way over time

Example: When the boat caught on fire, the captain issued a distress call.

Example: The princess felt it was her prerogative to always walk in front of everyone else.

8. Modalities (Noun): A particular mode in which something exists or is experienced or expressed (प्रकार)

Example: Amrita has had so much success with her teaching modalities that other teachers often ask her about the process.

Related Word: Modal (Adjective): Relating to mode or form as opposed to substance

9. Contingencies (Noun): A provision for a possible event or circumstance (आकस्मिक प्रावधान)

Example: We got our documents together and prepared for any contingency the bank might try and use to deny our loan.

10. Synergies (Noun): The interaction or cooperation of two or more organizations (सहयोग)

Example: The synergy between the two firms has created a giant company that now controls the industry.