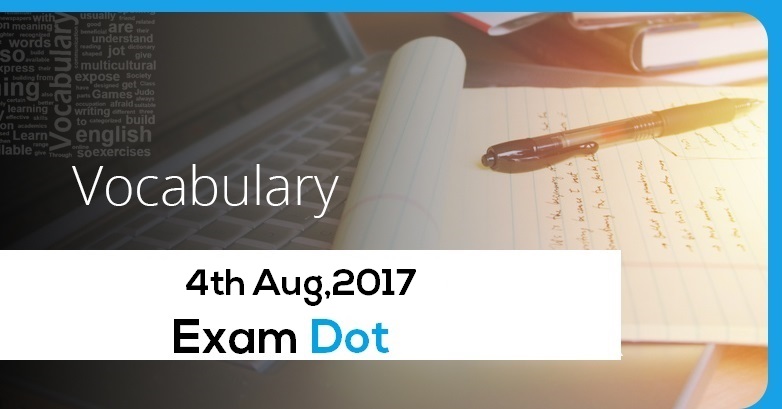 Example: Because the film wasn’t epochal, it wasn’t nominated for any awards.

Related Words: Epoch (Noun): A particular period of time in history or a person’s life

3. Impede (Verb): Delay or prevent something by obstructing them (अवरूद्ध)

Example: What are the problems that impede our progress on the task?

Related Words: Impediment (Noun): A hindrance or obstruction in doing something

4. Semblance (Noun): The outward appearance or apparent form of something (झलक/आभास)

Example: Even though I was nervous during my presentation, I tried to project a semblance of calmness while speaking.

5. Skew (Noun): A bias towards one particular group or subject (झुकाव/झुका हुआ)

Example: Because we didn’t use a level when hanging it, the picture was skew on the wall.

Related Words: Skew (Adjective): Neither parallel nor at right angles to a specified or implied line

Example: While I do not mind following reasonable orders on occasion, I am far from subservient and will not do everything I am told.

Related Word: Subservience (Noun): The condition of being less important than something else

Example: With them were found many reliefs in ivory, on tusks, wands and cylinders.

Example: The police often seem to hassle young people that are just hanging out on the streets with friends.

9. Compliance (Noun): The action or fact of complying with a wish or command (अनुपालन)

Example: In the army, there are harsh consequences for soldiers who are not in compliance with military laws.

Related Word: Compliant (Adjective): Meeting or in accordance with rules or standards

10. Venture (Verb): Undertake a risky or daring journey or course of action (कार्य/उद्यम)

Example: Although the venture is going to cost me a lot of money, I can easily recoup my funds in three months if the business is successful.