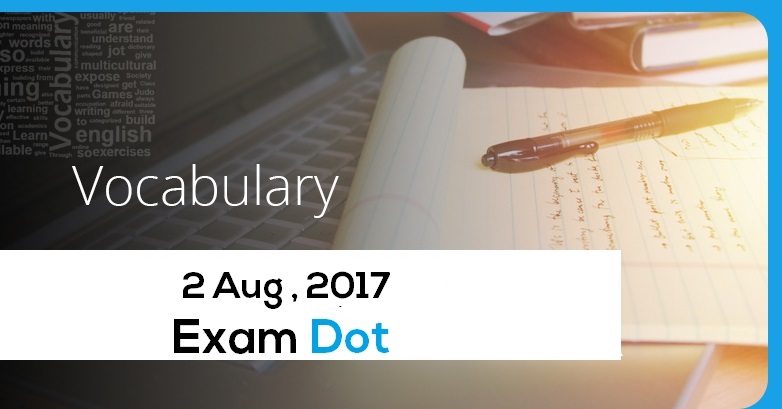 1. Misgiving (noun): A feeling of doubt or apprehension about the outcome or consequences of something. (संदेह/अविश्वास/आशंका)

Example: James overlooked his misgiving about the new job because he really needed to pay his rent.

Example: There has been a plethora of plays in recent years whose claim to modernity is based on indicated rather than felt emotion.

Example: To most teenagers, their mobile phones are indispensable to their happiness.

4. Tooth and nail (idiom): To use a lot of effort to oppose someone or achieve something (जी जान से)

Synonyms: Try Utmost, Effort Most, Put Your Best, With Vigor.

Example: I’m going to fight tooth and nail for the promotion of my business.

Example: The bully tried to coerce the small kids into giving him their lunch money.

Example: I merely protested that it is simply wrong to conflate the cultural arguments for marriage rights with the political ones.

Conflation (noun) – The merging of two or more sets of information, texts, ideas, etc. into one.

7. Empirical (adjective): Based on, concerned with, or verifiable by observation or experience rather than theory or pure logic. (अनुभवसद्ध)

Example: Because there was no empirical link between the suspect and the victim, the prosecutor found it hard to make a provable case.

Example: The neighborhood has made an attempt to nullify the real estate developer’s plans by protesting outside of city hall.

Example: This gift means a lot to me, and I will make sure that I treasure it for as long as I live, no matter how long that may be.

10. Statute (noun): A law passed by a formal body such as a legislature a rule of an organization or institution. (कानून/विधान)

Example: The statute prohibits businesses from selling alcohol to minors.