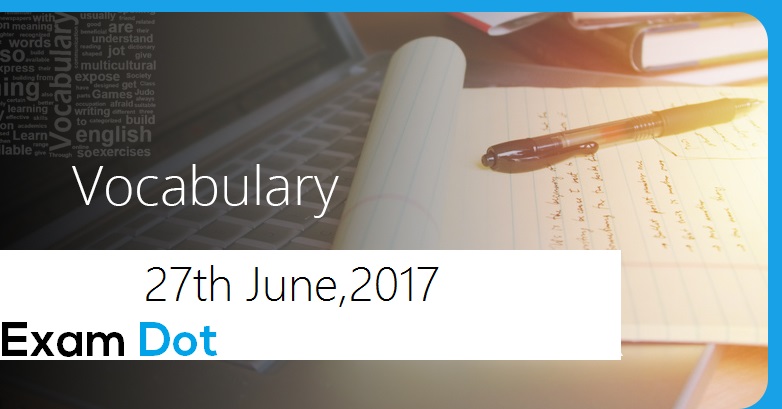 One who is experienced or knowledgeable in a particular field.   (विशेषज्ञ)

Example: A science-fiction maven who could talk for hours about fictional technology.

The action of calling into question the integrity or validity of something./ a charge of misconduct made against the holder of a public office. (अभियोग)

Example: Believing that he had exaggerated his qualifications, the students look to impeach their professor.

Impeach (verb) – To charge a public official with a crime

Example: During the staff meeting, we will devise a way to increase parental involvement at our school.

An absence of preconceived ideas or predetermined goals (मतिहीनता)

Example: Occupied with Tabula rasa the player could make a single run in the whole test series.

Synonyms: Meditate On, Consider, Ponder, Reflect On, Mull Over, Muse On, Deliberate Over, Cogitate On.

Example: Before making a important decision, take some time and contemplate the consequences of your actions.

Stop oneself from doing something./ to abstain from making a move. (दूर रहना/अलग होना)

Example: The treaty was signed when both world leaders agreed to refrain from building nuclear weapons for ten years.

Pleasure, especially when gained from the satisfaction of a desire. (तुष्टि)

Example: The lounge singer hoped to gratify audience members by taking requests for their favorite songs.

Example: Because I have very little computer experience, I am a rookie when it comes to working with most software programs.

Origin: An alteration of recruit, influenced by rook.

The action or occupation of acquiring military equipment and supplies./ the action of obtaining or procuring something.   (सरकारी खरीद/अधिप्राप्ति)

Example: It took Helen over 2 years to procure a government job.

Procure (verb) – To get possession of something by action or effort

Cause (someone) to develop an obsessive attachment to someone or something. (निश्चय करना/दृढ़ होना)

Synonyms: Obsessed With, Preoccupied With, Obsessive About, Single-Minded About, Possessed By, Become Attached, Gripped By.

Example: The book reviewer was fixated on the flaws of the novel and neglected to mention the story’s positive attributes.